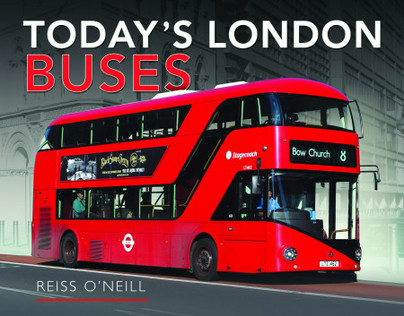 Click here for help on how to download our eBooks
Add to Basket
Add to Wishlist
You'll be £16.99 closer to your next £10.00 credit when you purchase Today's London Buses. What's this?
Need a currency converter? Check XE.com for live rates

Today's London Buses, covers the London bus scene of the last ten years, including pictures of bus types used in the capital on its major services.

This volume looks at various routes accross London during this period and the variety of vehicles that have been used in that time frame.

The author has set out to cover in broad terms, the colour and variety of London bus operation during this period of great change to bus services, during the last decade.

"A very attractive book for the London enthusiast."

This book has a definite quality feel about it, and enthusiasts of London buses will be pleased to have this on their coffee table or on their bookshelf.