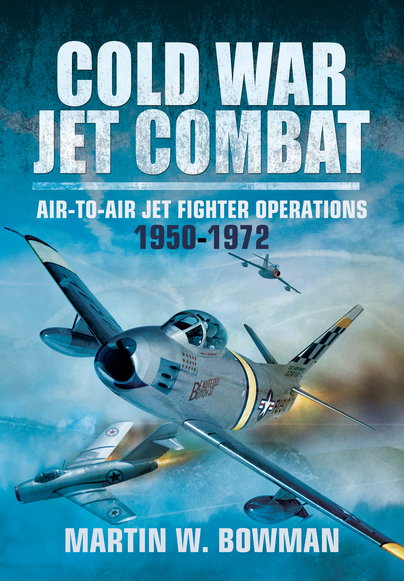 Click here for help on how to download our eBooks
Add to Basket
Add to Wishlist
You'll be £4.99 closer to your next £10.00 credit when you purchase Cold War Jet Combat. What's this?
Need a currency converter? Check XE.com for live rates

Recounted here are nine of the earliest wars involving jet aircraft. From the Korean War and beyond, it comprises a wealth of gripping insight. Many of the jet-to-jet dogfights that spanned these jet-powered wars are enlivened to thrilling effect, including those engaged in during the two Indo-Pak Wars of 1965 and 1971.

Operation ‘Musketeer’ (1956), mounted when RAF and French Air Force bombers and fighter-bombers attacked airfields and other targets in Egypt (after President Nasser had nationalised the Suez Canal), is also covered in this gripping narrative. The Falklands Campaign is also covered, as is the Vietnam War.

In another chapter, QRA operations around the British Isles are put under the microscope as RAF Phantoms, Lightnings, Tornadoes and Typhoon Eurofighters on Quick Reaction Alert are described, patrolling international air space and maintaining a constant vigil as Soviet ‘Bears’ continued to test NATO defences.

All in all, this is a compelling, well-researched and highly informative study of a particularly dynamic era in aviation history.