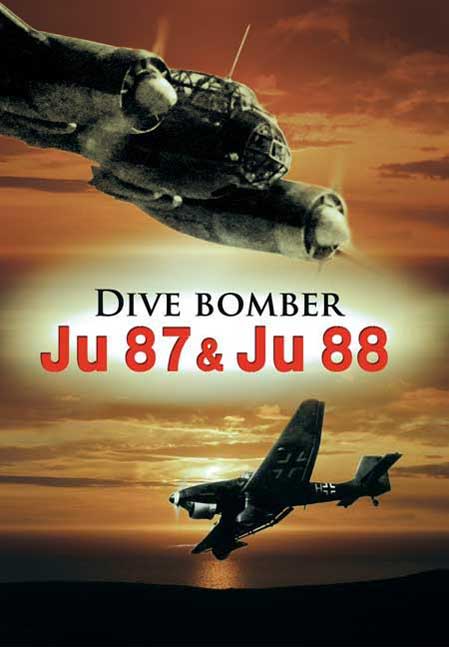 After the German Luftwaffe was reformed in February 1935 the four-and-a-half years that followed saw it transform almost beyond recognition. By the time the Second World War broke out in September 1939 the Luftwaffe had become one of the strongest and most battle-experienced air forces in the world.

The Germans quickly realized the tactical importance of dive-bombing and, under guidance from Colonel General Ernst Udet, the Luftwaffe began to develop a host of highly-advanced dive bomber aircraft. This film focuses on two of the most recognized and important variants: the Junkers Ju 87 Stuka and Ju 88. These formidable aircraft were highly effective in a number of different roles, with the Ju 88 being used as a dive bomber, night fighter, torpedo bomber and heavy fighter.

This films tracks the successes and failures of these two famous aircraft types throughout the war through original German archive footage and will appeal to all aviation enthusiasts.