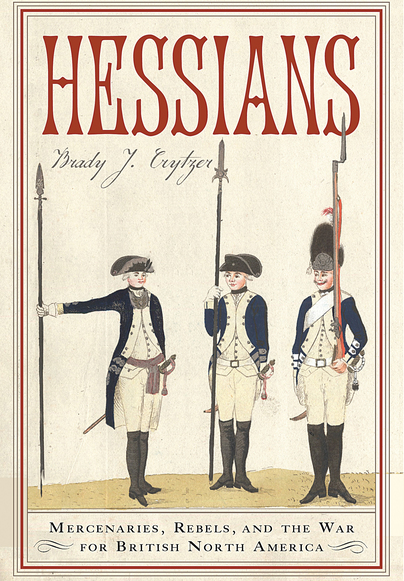 Mercenaries, Rebels, and the War for British North America

Add to Basket
Add to Wishlist
You'll be £25.00 closer to your next £10.00 credit when you purchase Hessians. What's this?
+£4.50 UK Delivery or free UK delivery if order is over £35
(click here for international delivery rates)

In 1775 the British Empire was in crisis. While buried in debt from years of combat against the French, revolution was stirring in its wealthiest North American colonies. To allow the rebellion to fester would cost them dearly, but to confront it would press their exhausted armed forces to a breaking point. Faced with a nearly impossible decision, the administrators of the world's largest empire elected to employ the armies of the Holy Roman Empire to suppress the sedition of the American revolutionaries. By 1776 there would be 18,000 German soldiers marching through the wilds of North America, and by war's end there would be over 30,000.

To the colonists these forces were “mercenaries,” and to the Germans the Americans were “rebels.” While soldiers of fortune fight for mere profit, the soldiers of the Holy Roman Empire went to war in the name of their country, and were paid little for their services, while their respective kings made fortunes off of their blood and sacrifice among the British ranks. Labeled erroneously as “Hessians,” the
armies of the Holy Roman Empire came from six separate German states, each struggling to retain relevance in a newly enlightened and ever-changing world.

In Hessians: Mercenaries, Rebels, and the War for British North America historian Brady J. Crytzer explores the German experience during the American Revolution
through the lives of three persons from vastly different walks of life, all thrust into the maelstrom of North American combat. Here are the stories of a dedicated career
soldier, Johann Ewald, captain of a Field-Jäger Corps, who fought from New York to the final battles along the Potomac; Frederika Charlotte Louise von Massow, Baroness von Riedesel who raced with her young children through the Canadian wilderness to reunite with her long-distant husband; and middle-aged chaplain Philipp Waldeck who struggled to make sense of it all while accompanying his unit through the exotic yet brutal conditions of the Caribbean and British Florida. Beautifully written, Hessians offers a glimpse into the American Revolution as seen
through the eyes of the German armies commanded to destroy it.


Very informative, easy to read and full of
details about the life and role of these mercenaries somewhat forgotten by history.