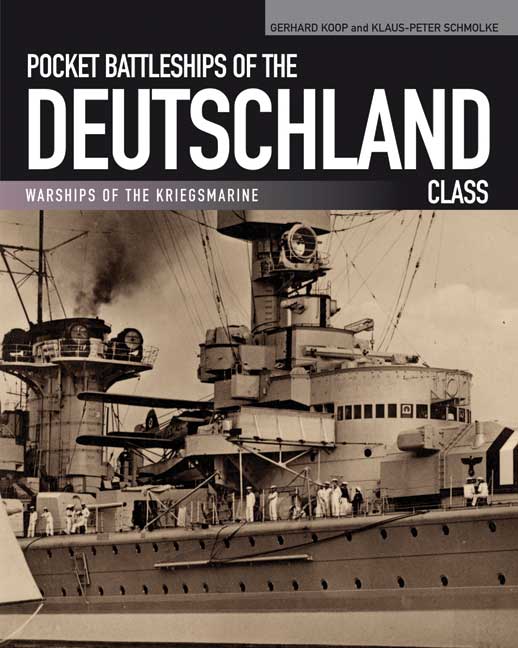 Click here for help on how to download our eBooks
Add to Basket
Add to Wishlist
You'll be £6.80 closer to your next £10.00 credit when you purchase Pocket Battleships of the Deutschland Class. What's this?
Need a currency converter? Check XE.com for live rates

This volume covers the three ships of a design so revolutionary that it defied conventional categories. Deutschland (later renamed Lützow), Admiral Scheer and Admiral Graf Spee were simply termed panzerschiffe (armoured ships) by the Germans, but they were known to their opponents by the far more evocative term Pocket Battleships.

The book is profusely illustrated with an excellent range of photographs and drawings... I thoroughly enjoyed this book which is good value for money and a welcome addition to the bookshelf.

Anyone needing a source book on these three German pocket battleships need look no further than this.