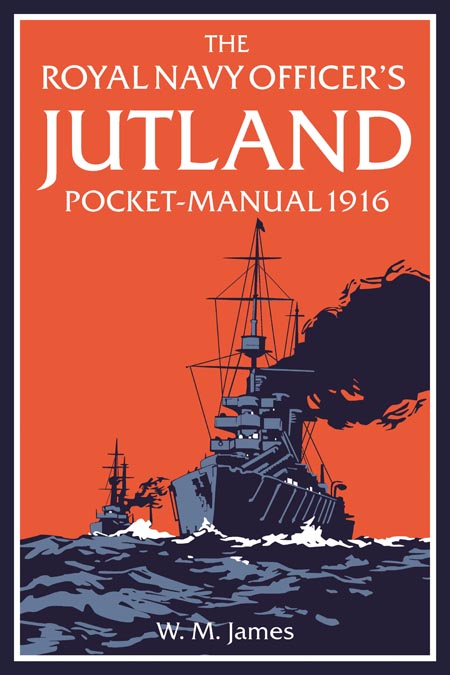 Add to Basket
Add to Wishlist
You'll be £8.99 closer to your next £10.00 credit when you purchase Royal Navy Officer’s Jutland Pocket-Manual 1916. What's this?
+£4.50 UK Delivery or free UK delivery if order is over £35
(click here for international delivery rates)

Published in the months leading up to the Battle of Jutland, W.M. James’ New Battleship Organisations, was the ultimate guide to command and organization of every aspect of a modern First World War capital ship. The book provides a unique, and highly revealing, insight into life aboard ship, the mechanics of command, seamanship, the issuing of orders, and the broad expectations placed upon British naval officers. Specific sections are dedicated to the organization of watches, the division of work (from fellow officers right through the ship’s company to the ratings), naval routine, parades, anchor and cable work, coaling and right down to the organization of chapel, on-board shops, cleaning and even the ship’s barbers. A series of detailed tables, diagrams and humorous cartons accompany the lucid, period language of the First World War Senior Service and provide a further glimpse below-decks that will appeal to social and family historians, and anyone with a general or specialist interest in naval history. The book, re-published here by the Pool of London Press as The Royal Navy Officer’s Jutland Pocket-Manual 1916, marks the centenary of the First World War’s most famous, and deadly naval encounter.