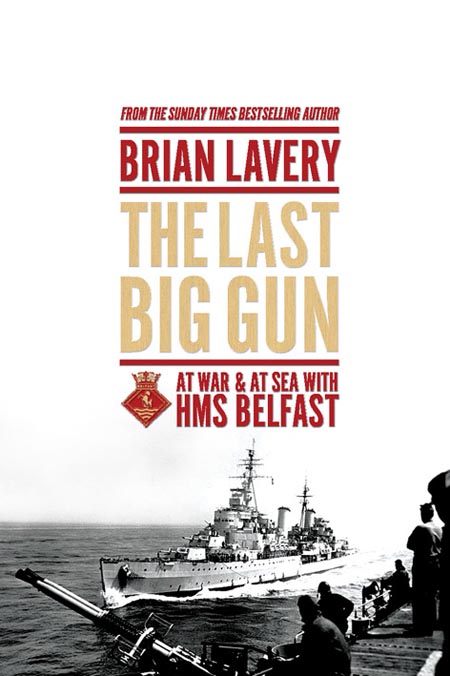 At War & At Sea with HMS Belfast

Nominated for the Military History Monthly magazines Book of the Year Award!

NOTE: Winners will be announced at the Military History Live Conference 2017 on Friday the 30th of June

As she lay in dry dock, devastatingly damaged by one of Hitler’s newly deployed magnetic mines after barely two months in service, few could have predicted the illustrious career that lay ahead for the cruiser HMS Belfast. After three years of repairs to her broken keel, engine- and boiler-rooms, and extensive refitting, she would go on to play a critical role in the protection of the Arctic Convoys, would fire one of the opening shots at D-Day and continue supporting the Operation Overlord landings for five weeks.
Her service continued beyond the Second World War both in Korea and in the Far East before she commenced her life as one of the world’s most celebrated preserved visitor ships in the Pool of London. Her crowning glory however came in December 1943 when, equipped with the latest radar technology, she was to play the leading role in the Battle of the North Cape sinking the feared German battlecruiser Scharnhorst, the bête noir of the Royal Navy. In doing so the ship’s crew made a vital contribution to, what was to be, the final big-gun head-to-head action to be fought at sea
In The Last Big Gun Brian Lavery, the foremost historian of the Royal Navy, employs his trademark wide-ranging narrative style and uses the microcosm of the ship to tell the wider story of the naval war at sea and vividly portray the realities for all of life aboard a Second World War battleship. The book is lavishly illustrated with photographs and illustrations and will appeal to all those with an interest in military history and life in the wartime Royal Navy.