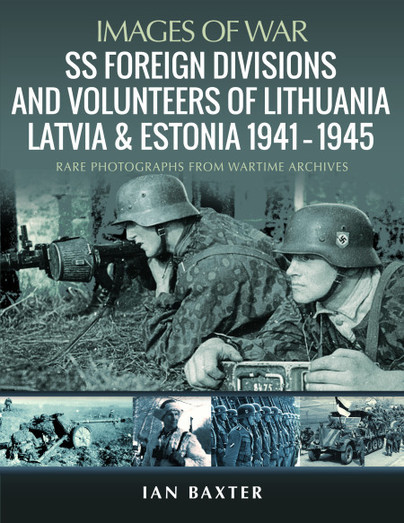 Click here for help on how to download our eBooks
Add to Basket
Add to Wishlist
You'll be £4.99 closer to your next £10.00 credit when you purchase SS Foreign Divisions & Volunteers of Lithuania, Latvia and Estonia, 1941–1945. What's this?
Need a currency converter? Check XE.com for live rates

"...the impromptu foxhole-to-bunker entrenchments offer a few ideas for terraining."

An interesting read and a high proportion of the photos I had not seen before. The story of the three Baltic states made for a different aspect of the war on the Eastern Front, and one that is often overlooked I think.

An interesting and informative book packed with photographs (but no maps) and accompanied by a decent narrative.

"...will be of great interest to modelers and Military historians alike."

The Images of War book series, usually appeal to me greatly and this offering is no different. The short written sections provide a background prior to the photographic sections, with the photographic sections and captions adding the meat to the bones. While the photographs are black and white, details such as uniforms, insignia and equipment are well highlighted, and it shows troops doing what they did most often, which was waiting and preparing for the next fight, rather than fighting all the time, which would have been the case in the last months of the war - where as a general rule it was a case of kill or be killed.

Another excellent book by the author in a compelling series of images and overview narrative.