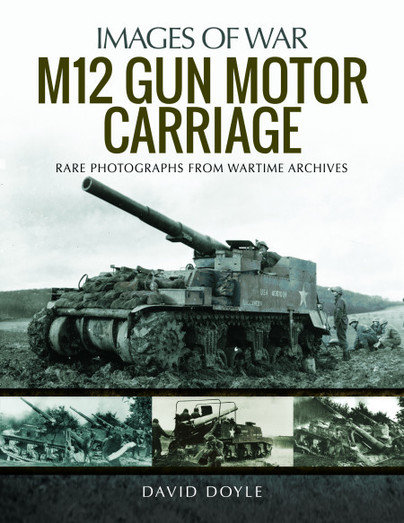 Click here for help on how to download our eBooks
Add to Basket
Add to Wishlist
You'll be £4.99 closer to your next £10.00 credit when you purchase M12 Gun Motor Carriage. What's this?
Need a currency converter? Check XE.com for live rates


"Excellent for anyone with an interest in WW2 artillery and ideal for the AFV modeller for not only the detail of every facet of the M12. Has a good detailed collection of photographs."

This book provides an excellent and comprehensive description of the M12 and M30. It will appeal to those who have an interest in World War II US armour as well as model makers looking for inspiration for dioramas. The rare photographs and colour photographs of the surviving M12 as well as the comprehensive text make this book a must for all those interested in the subject.