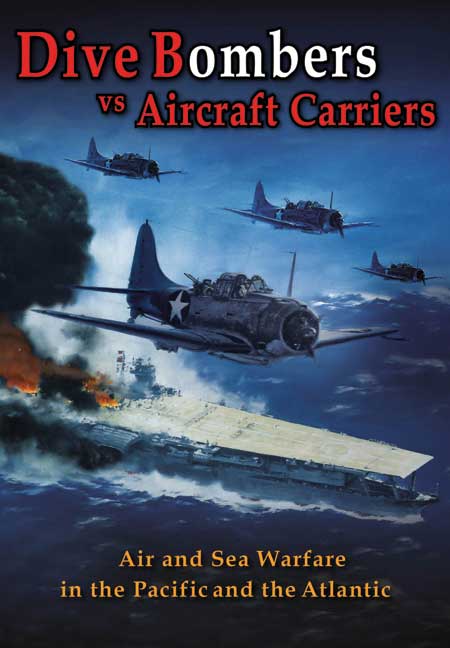 Air and Sea Warfare in the Pacific and the Atlantic

Add to Basket
Add to Wishlist
You'll be £11.25 closer to your next £10.00 credit when you purchase Dive Bombers vs Aircraft Carriers. What's this?
+£4.50 UK Delivery or free UK delivery if order is over £35
(click here for international delivery rates)

1910 was a momentous year both for aviation and maritime history as it saw the first experimental take off of a plane from the deck of a warship. Following this, the 20s and 30s saw the aircraft carrier come into its own, with several navies building many variants. By the outbreak of the Second World War these ships became the backbone of the carrier forces for the United States, British and Japanese navies and allowed a whole new type of warfare at sea; that of the dive bomber.

Due to their success in the air against land and sea targets, the naval aviator quickly become a vital element in modern warfare and added another serious threat to the men aboard the battle cruisers and merchant ships. This film explores the role of the dive bomber in the Second World War and also documents the momentous sea battles in the Pacific and Atlantic, making this film ideal both for aviation and maritime enthusiasts.

A new and fresh perspective on aircraft and aircraft carriers, highly recommended.