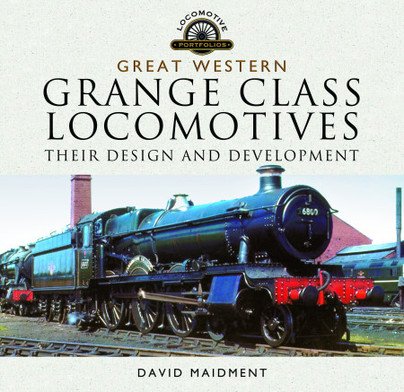 Click here for help on how to download our eBooks
Add to Basket
Add to Wishlist
You'll be £12.00 closer to your next £10.00 credit when you purchase Great Western, Grange Class Locomotives. What's this?
Need a currency converter? Check XE.com for live rates

Another superb Locomotive Portfolio book – the author’s ninth in the series. The book begins with an introduction and a brief biography of Charles Collett, the designer of the class. Collett succeeded Churchward in 1922 as CME of the GWR at Swindon, and continued in that post until 1942, being succeeded by Hawksworth. Collett built on Churchward’s successes such as the Stars and Saints, to produce the Castles and the Halls and eventually the Granges (and Manors) just before WWII.

Another fantastic volume about this sometimes overlooked class of GWR engine. I cannot recommend this strongly enough. A must have