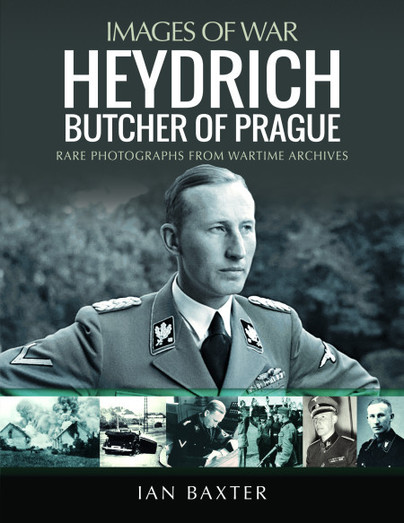 Preorder
Add to Wishlist
You'll be £11.99 closer to your next £10.00 credit when you purchase Heydrich: Butcher of Prague. What's this?
+£4.50 UK Delivery or free UK delivery if order is over £35
(click here for international delivery rates)

Reinhard Heydrich along with Heinrich Himmler, whose deputy he was, will always be regarded as one of the most ruthless of the Nazi elite. Even Hitler described him as ‘a man with an iron heart’.

He established his fearsome reputation in the 1930s, as head of the Sicherheitsdienst (SD), the intelligence organisation which neutralised opposition to the Nazi Party by murder and deportation. He organised Kristalnacht and played a leading role in the Holocaust, chairing the 1942 Wannsee Conference which formalised plans for the ‘Final Solution’. In addition, as head of the Einsatzgruppen murder squads in Eastern Europe he was responsible for countless murders.

Appointed Deputy Reich-Protector of Bohemia and Moravia, he died of wounds inflicted by British trained SOE operatives in Prague in May 1942. The reprisals that followed his assassination were extreme by even the terrible standards of Nazi ruthlessness.

Heydrich’s shocking and leading role in the Nazi regime is graphically portrayed in this Images of War book.