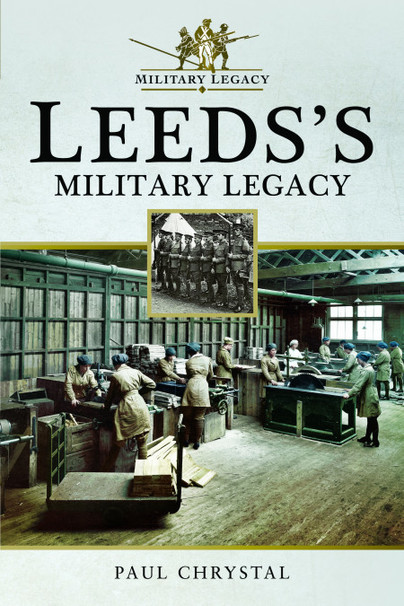 Click here for help on how to download our eBooks
Add to Basket
Add to Wishlist
You'll be £4.99 closer to your next £10.00 credit when you purchase Leeds's Military Legacy. What's this?
Need a currency converter? Check XE.com for live rates

Leeds’s Military Legacy is the first fully illustrated book to give a comprehensive description of the military history of Leeds from Roman, Anglo-Saxon and Norman times to the present as home to various garrisons and military museums, not least the renowned Leeds Armouries Museum. Along the way it describes Royalist Leeds and the Civil War, the formation of various regiments in the city between the seventeenth and twenty-first centuries, the impact of two World Wars and how the city rose to the challenges of recruitment, defence and industrial war effort. The battle honours of each of the Leeds regiments are detailed as are the VCs. The book also covers the work of the Leeds military hospitals, the Barnbow Munitions disaster, RAF Yeadon (Leeds–Bradford Airport), the blitz of 1941, 609 Squadron, Yeadon Lancaster factory, Leeds as a garrison city and current military research in Leeds.

The author has provided a warm and enthusiastic overview of the military legacy of Leeds. As with the other books in this excellent series, there are many illustrations, including some in full colour and some very rare images.

A small but interesting Guide of great heritage interest.