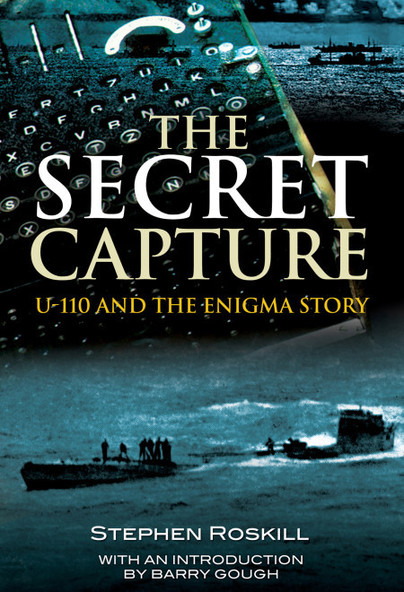 Add to Basket
Add to Wishlist
You'll be £10.99 closer to your next £10.00 credit when you purchase The Secret Capture. What's this?
+£4.50 UK Delivery or free UK delivery if order is over £40
(click here for international delivery rates)

Order within the next 1 hour, 42 minutes to get your order processed the next working day!

A copy of this small volume deserves to be on the bookshelf of all of those interested in naval history and is therefore highly recommended.

This is the account of an action at sea which was the most important of WWII. The Allies captured a number of Axis submarines, including one that surrendered to a Lockheed Hudson aircraft, but U110 was fatally damaged and yielded a vital secret and technology – Most Highly Recommended.