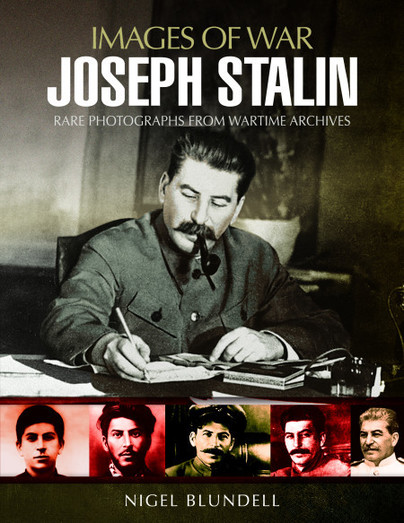 Click here for help on how to download our eBooks
Add to Basket
Add to Wishlist
You'll be £4.99 closer to your next £10.00 credit when you purchase Joseph Stalin. What's this?
Need a currency converter? Check XE.com for live rates

Joseph Stalin was a monster. He sacrificed his friends and allies in pursuit of power, murdered thousands with sadistic brutality to maintain it and callously obliterated millions more of his own people over a quarter century of his leadership. Yet almost as frightening as the horrendous crimes he committed is the idolatry that allowed this ogre to flourish. Just like fellow monster of the twentieth century Adolf Hitler, Stalin saw himself as a master of destiny, a role that to him excused the vilest atrocities. And, bafflingly, just like his Nazi counterpart, he was allowed to dominate his nation and overrun others with the enthusiastic support of the majority of the citizens whom he had subjugated. Stalin was lauded as a national saviour right up until his death, which was marked by mourning crowds so vast that untold numbers perished in the crush. This unquestioning adulation is not only a mystery to today’s historians but a cause for alarm. For, under the Soviet Union’s present regime, there are signs that the Stalin cult is being resurrected as the Russian bear again sharpens its claws. This concise book presents a cautionary study, in words and historic photographs, of the peasant’s son from Georgia who as a choirboy seemed destined for the priesthood but who grew up to be a street-fighting revolutionary using torture and terror as tools to attain power. It asks how the coarse, brutish drunkard that he became could nevertheless have been lauded abroad as a cultural giant and spellbind so many millions at home as an object of worship. It provides clues as to how Stalin the military incompetent came to be seen as a statesman of equal standing to war leaders like Churchill and Hitler (whose lives are covered by companion volumes in the Pen & Sword ‘Images of War’ series). And it points to the danger of rewriting history to allow the resurrection of Stalin as a ‘father’ of his people in the twenty-first century rather than a bloodstained idol with feet of clay.